Concorde
at
The Museum of Flight
Seattle


On November 5, 2003, at about 2:35 PST, a British Airways supersonic jetliner Concorde, G-BOAG, touched down at Boeing Field to become a crowning jewel of the Museum of Flight's collection of beautiful and historic airplanes.  This event culminated a 19 year effort on my part to ensure this gorgeous flying machine would one day grace the Museum's grounds.  Many people claim credit, and many people were involved, but this is, as they say, "the rest of the story."  To see the original documents, click here. 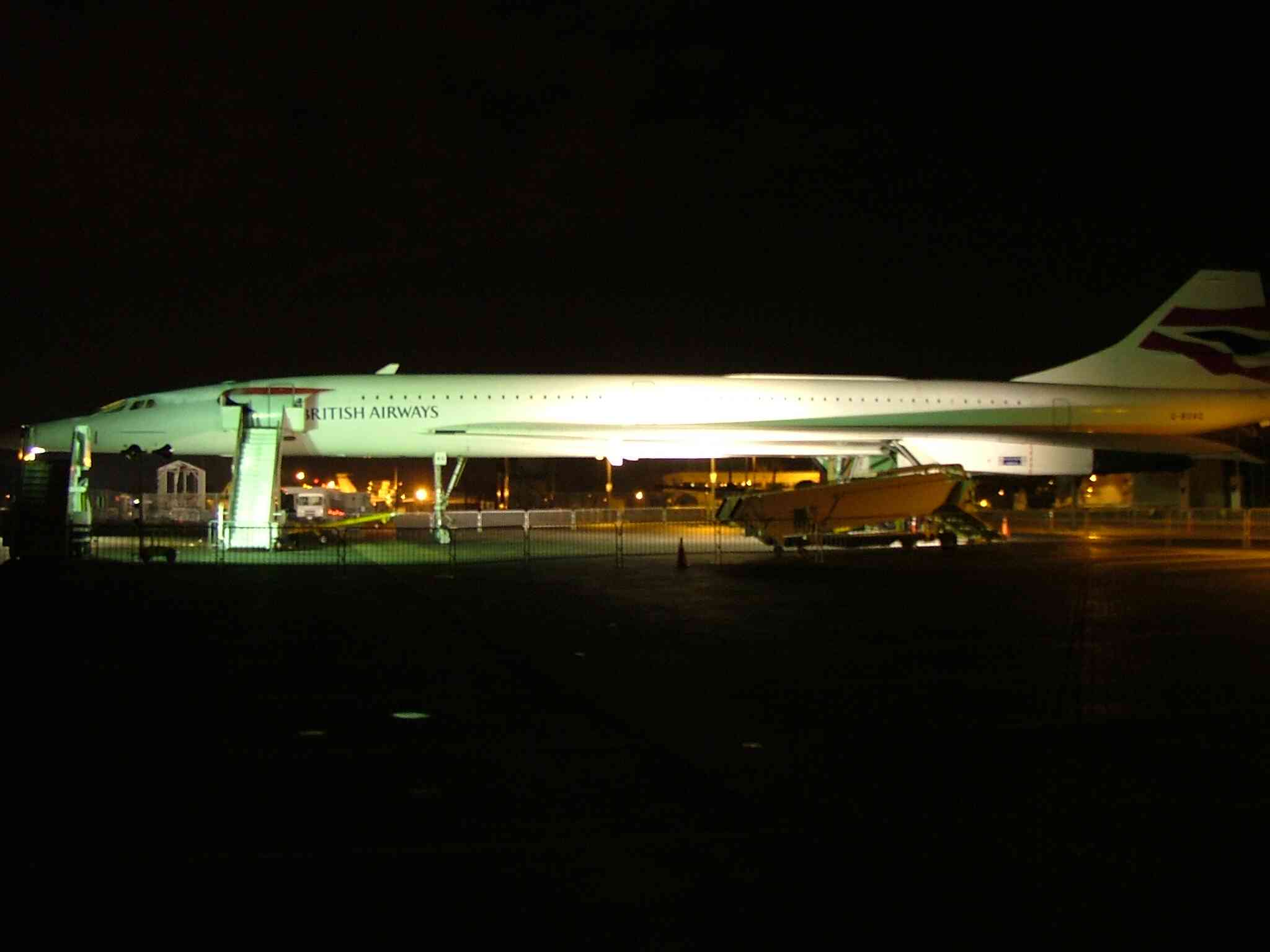 This story began in November 1984.  The Museum struck a deal with British Airways to fly a Concorde into Boeing Field.  Seats were sold to Museum contributors for the flights to and from Seattle, as well as supersonic trips over the Pacific Ocean dubbed "Flights to Nowhere."  At the time I was Special Projects Manager for the Renton Division, working for Boeing Vice-President Dick Taylor.  The Museum's glass gallery did not yet exist.  Figuring this was a once in a lifetime opportunity, I played hooky from work, and went to Boeing Field to watch the Concorde land.  So impressed was I, that I came and watched all the subsequent take-off's and landings (the take-off's are far more impressive than the landings!)  For an airplane lover, this was something beyond exciting.  Like a debutante standing looking at Tiffany's window display, I said to myself "I've GOT to get one of those."  Somewhat fortunately, I was also, at the time, Chairman of the Aircraft Acquisition Committee of the Museum of Flight.  It was pretty much a 'committee of one', so I was free to go out and collect what I wanted - sort of like a kid in a candy store!  (In later years, I got to figure out where we could stash all this booty, to say nothing of maintaining them.)

I drafted a letter asking British Airways for an airplane (on retirement, of course,) and went public with my crazy idea on December 5, 1984.  Of course Boeing's high-rollers got involved, as did the marketing and sales departments, who fretted over BA's reaction.  Three questions arose:  What would the letter say; who would sign it; and to whom would it go.  My draft was viewed as way too exuberant, and of course, I didn't have the "horsepower" to sign it and get a favorable response. A more subdued alternate letter was drafted.  Eventually, when the whole idea seemed to be bogging down in Boeing's bureaucracy, I took the whole mess, various drafts, and questions personally to T. Wilson, Boeing's Chairman -- a very down to earth and approachable guy.  He liked the idea, agreed to sign the letter, and picked my version of the letter.  "Puget Sound Flow Time" being what it is, the letter finally went out on February 5, 1985.  On February 26th, we received a reply from Lord King, BA's Chairman.  In it, he stated "I give you my word that your request will be recorded and not forgotten."

Fast forward through the years, Boeing, British Airways, and Museum management came and went.  Each new regime seemed surprised when I told them "we had a Concorde coming."  They asked for something in writing, and I sent copies - I didn't want the originals to disappear as had the copies I kept sending.  T. Wilson retired and died.  Lord King retired.  Every few years, I pulsed the system through Jim Blue, retired Boeing Vice-President and a good friend of  Lord King.  Finally, rumors began to swirl that the Concorde fleet would be retired.  More than 70 institutions came forward asking for an airplane.  A 'short list' was circulated in the aviation press.  Some of these lists didn't mention Seattle.  As the lists got shorter and shorter, I got 'nervouser and nervouser'.  I got hold of Jim Blue who called Lord King, very much alive, despite misinformed rumors to the contrary.  The time was getting very short.  Museum management was unhappy with me for trodding through their tulip patch at perhaps a critical time...but, as they say, all's well that ends well.  The list came out with only 2 U.S. recipients - New York (logical as it was the destination for most BA Concorde flights), and Seattle.  Discussions between Jim Blue and Lord King, and Jim Blue and Bob Bogash on November 27, 2003 indicated clearly just how close a near miss had occurred.  Lord King, a long-time fan of Boeing and Seattle,  was very pleased that the airplane had come here.


On November 5th, my personal dream came true as this wonderful flying machine taxied to a stop in front of the Museum and shut down her engines for the last time.  The following pictures record the event. 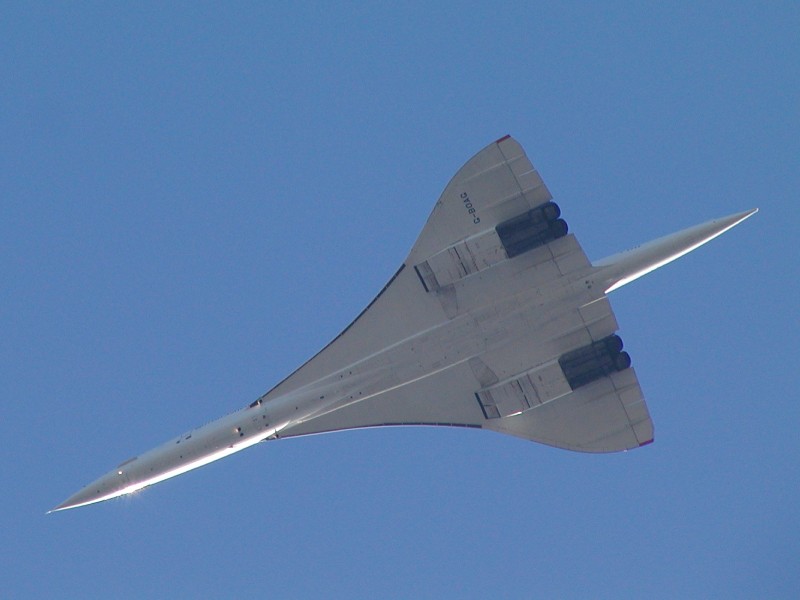 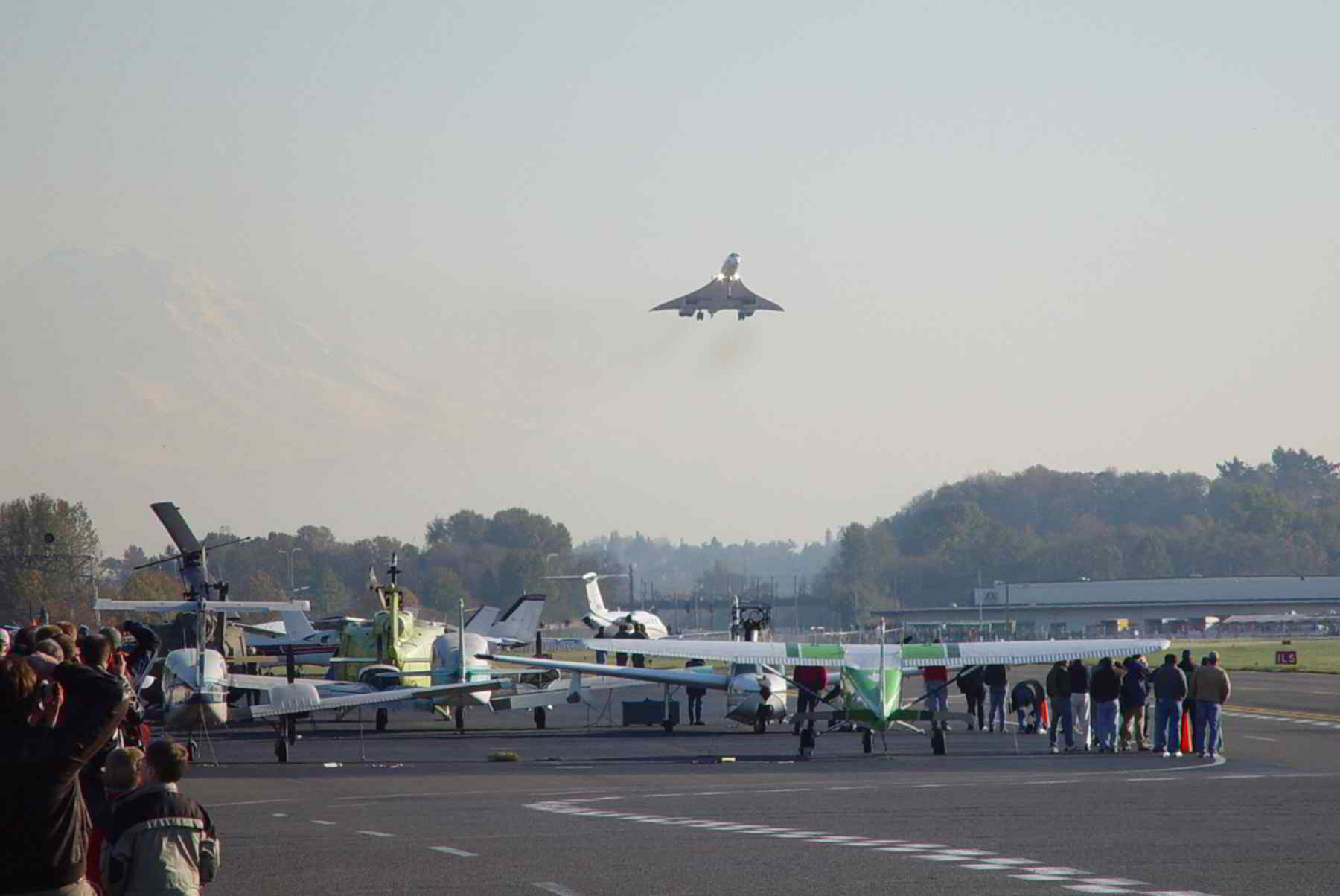 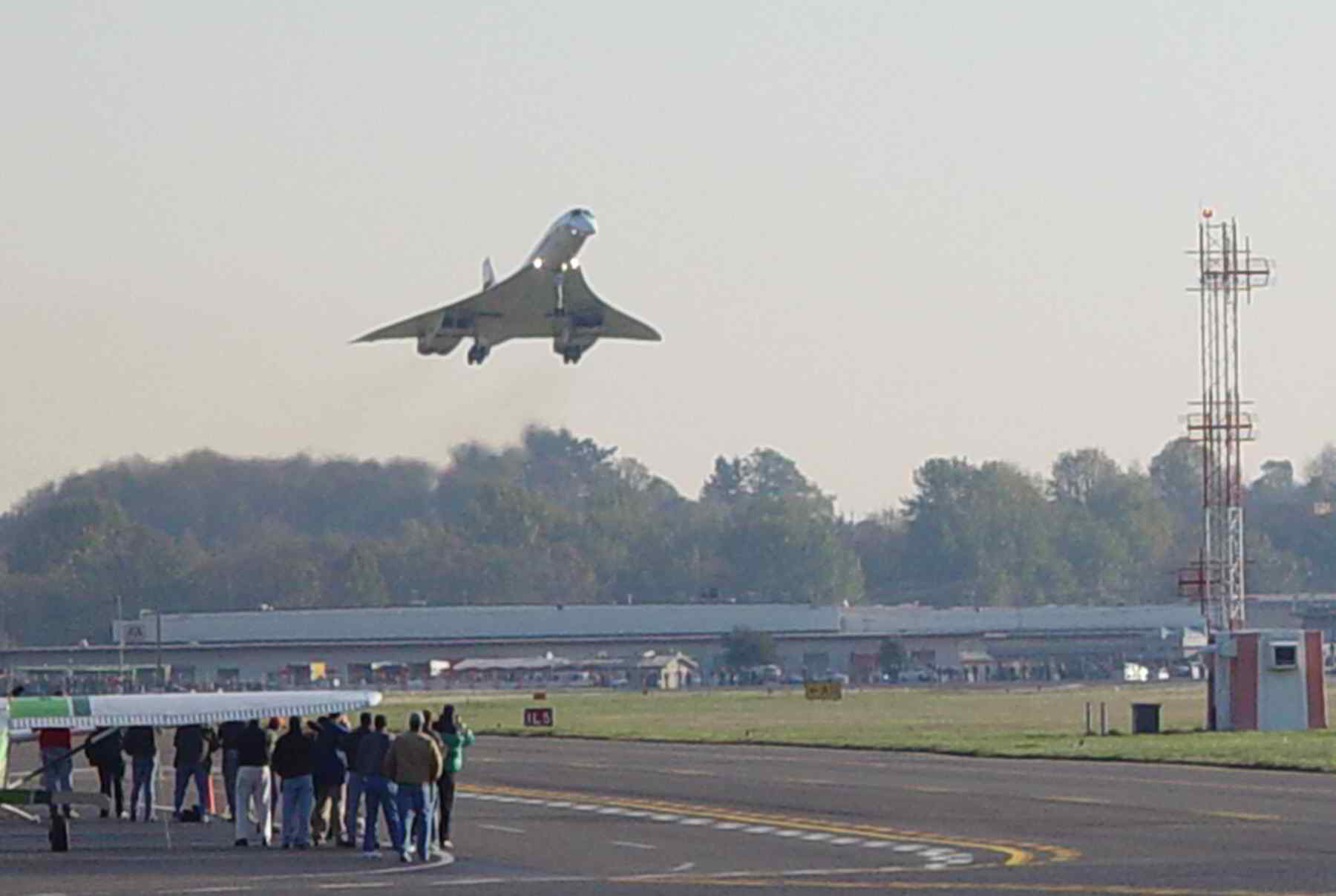 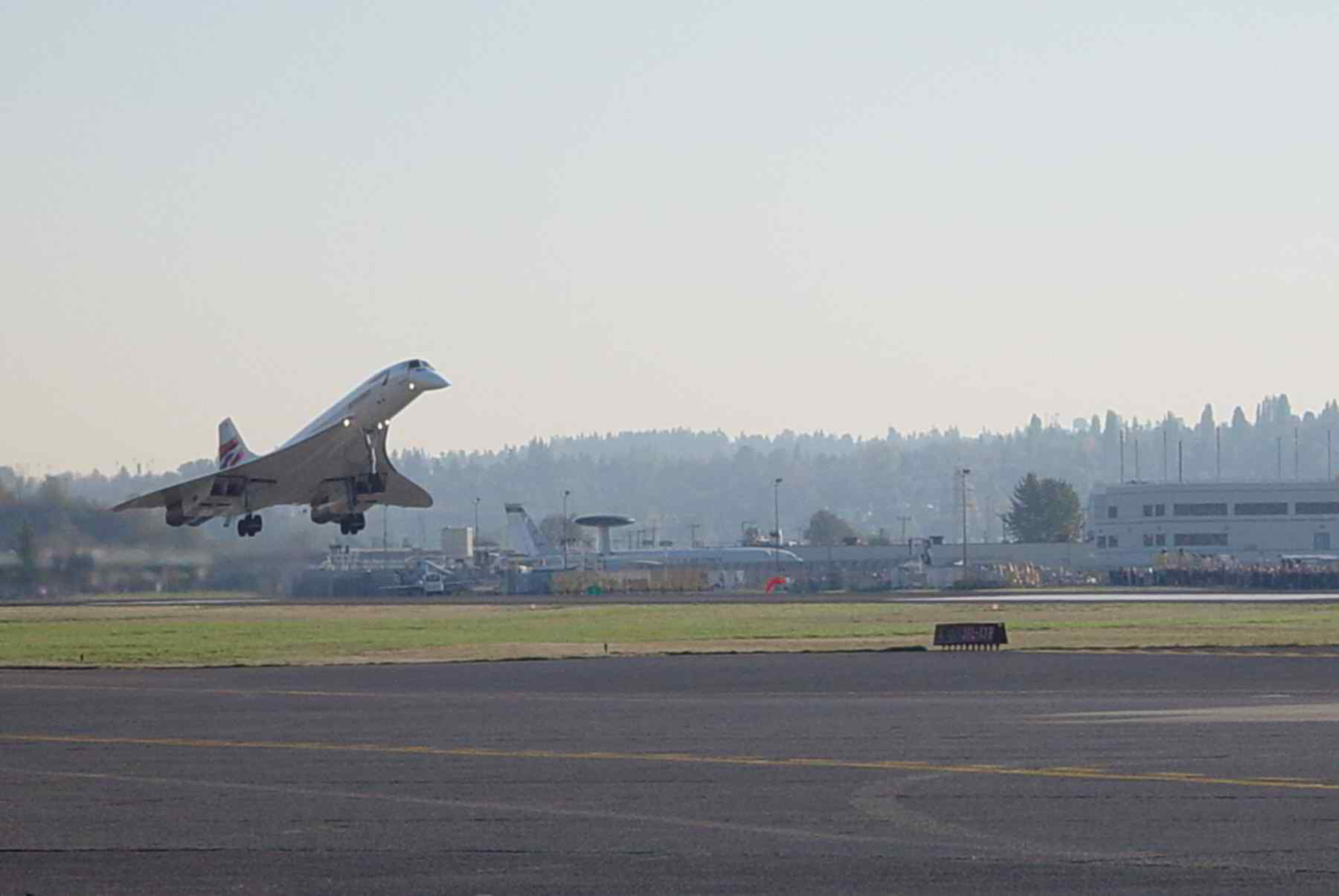 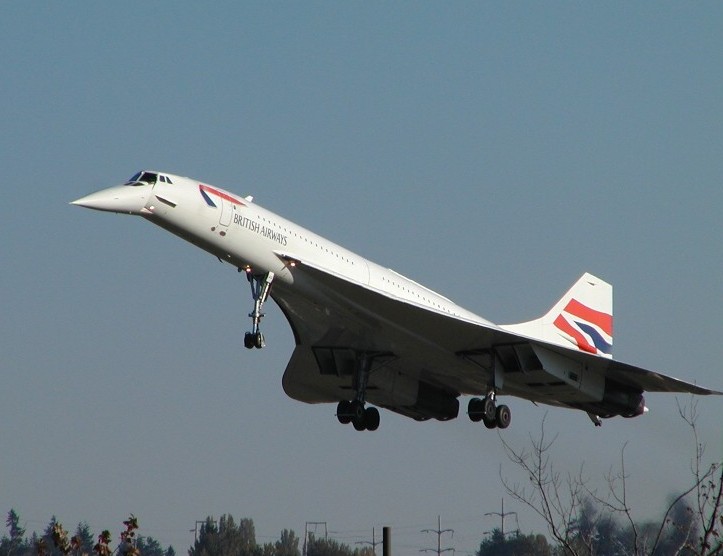 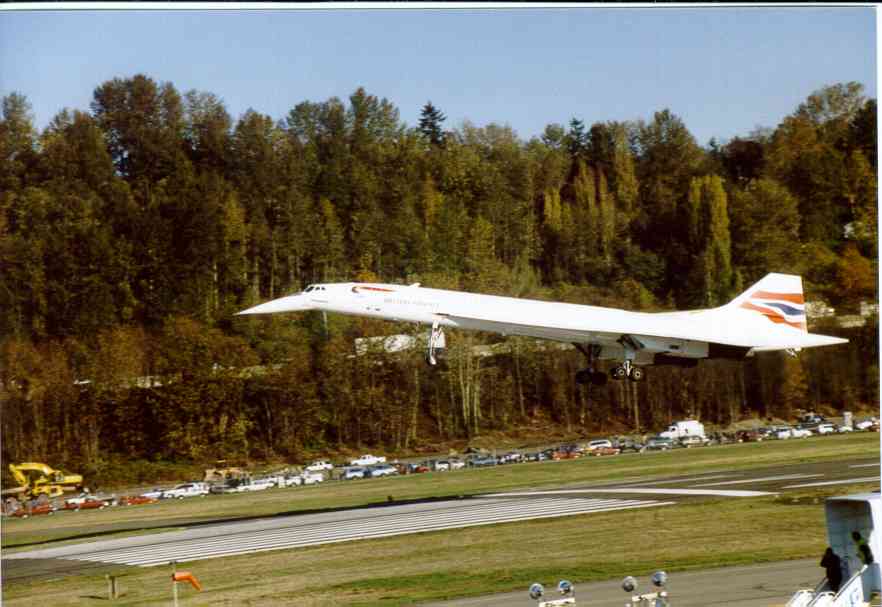 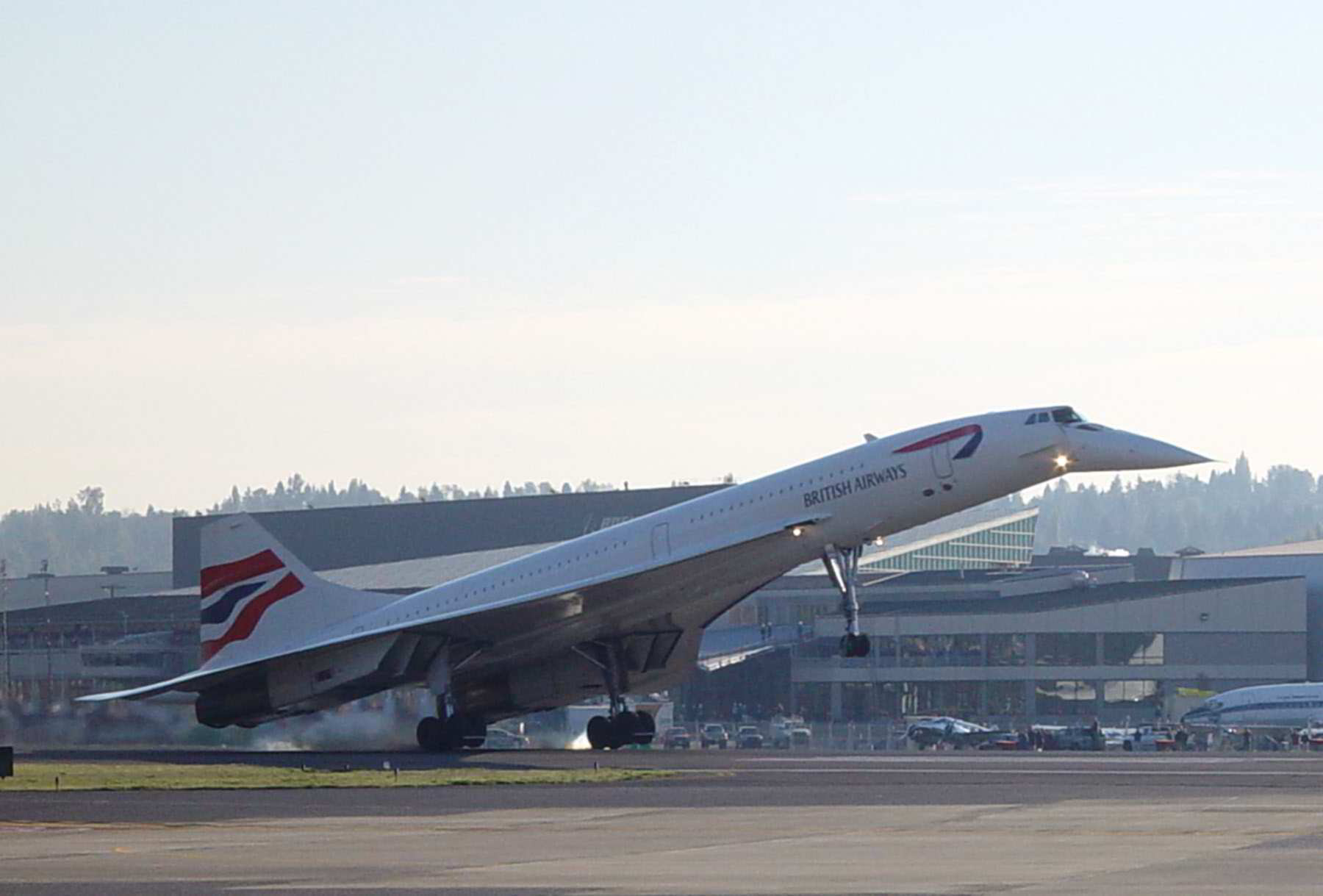 In front of the Museum of Flight 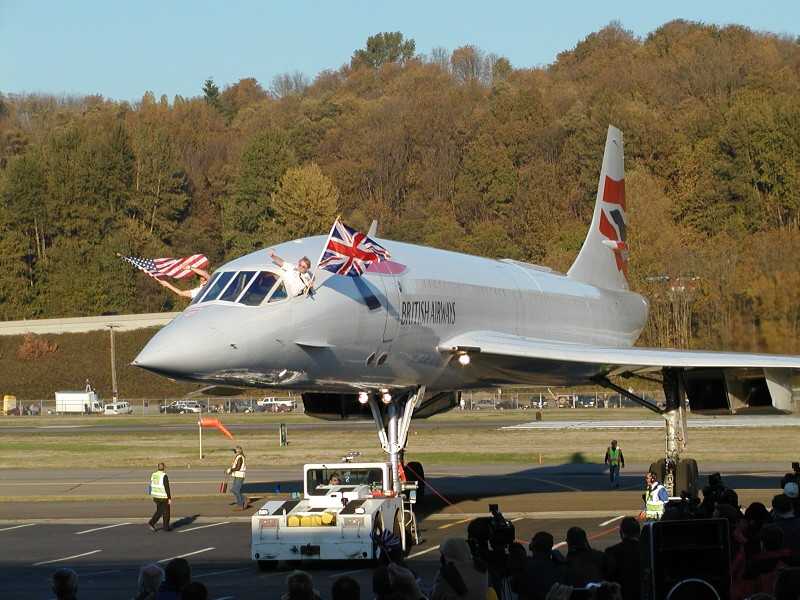 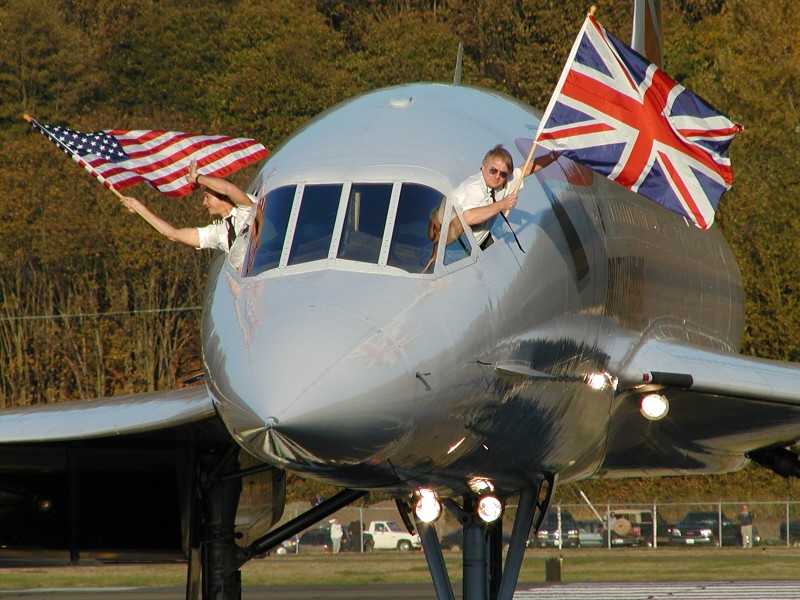 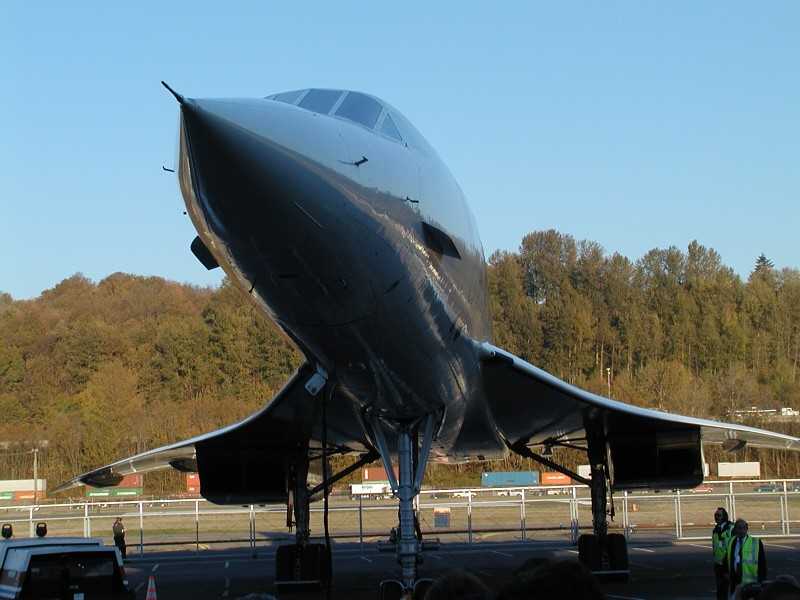 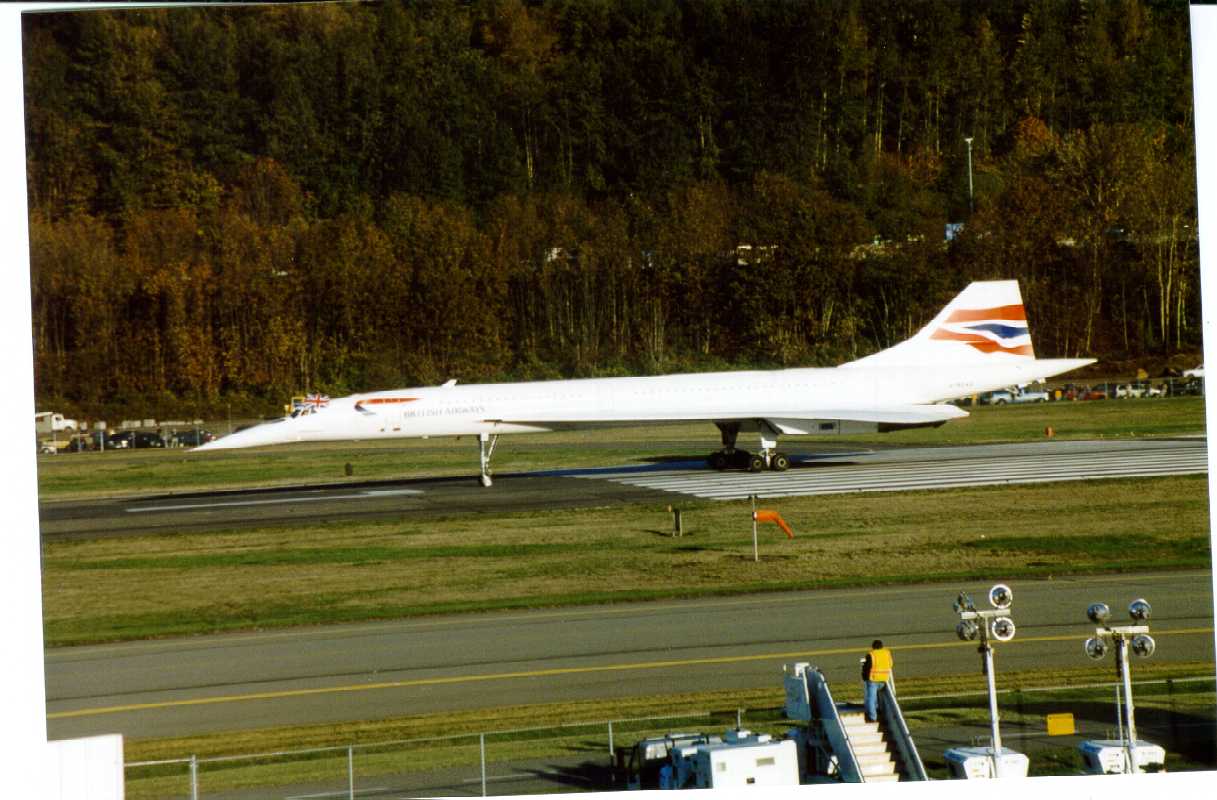 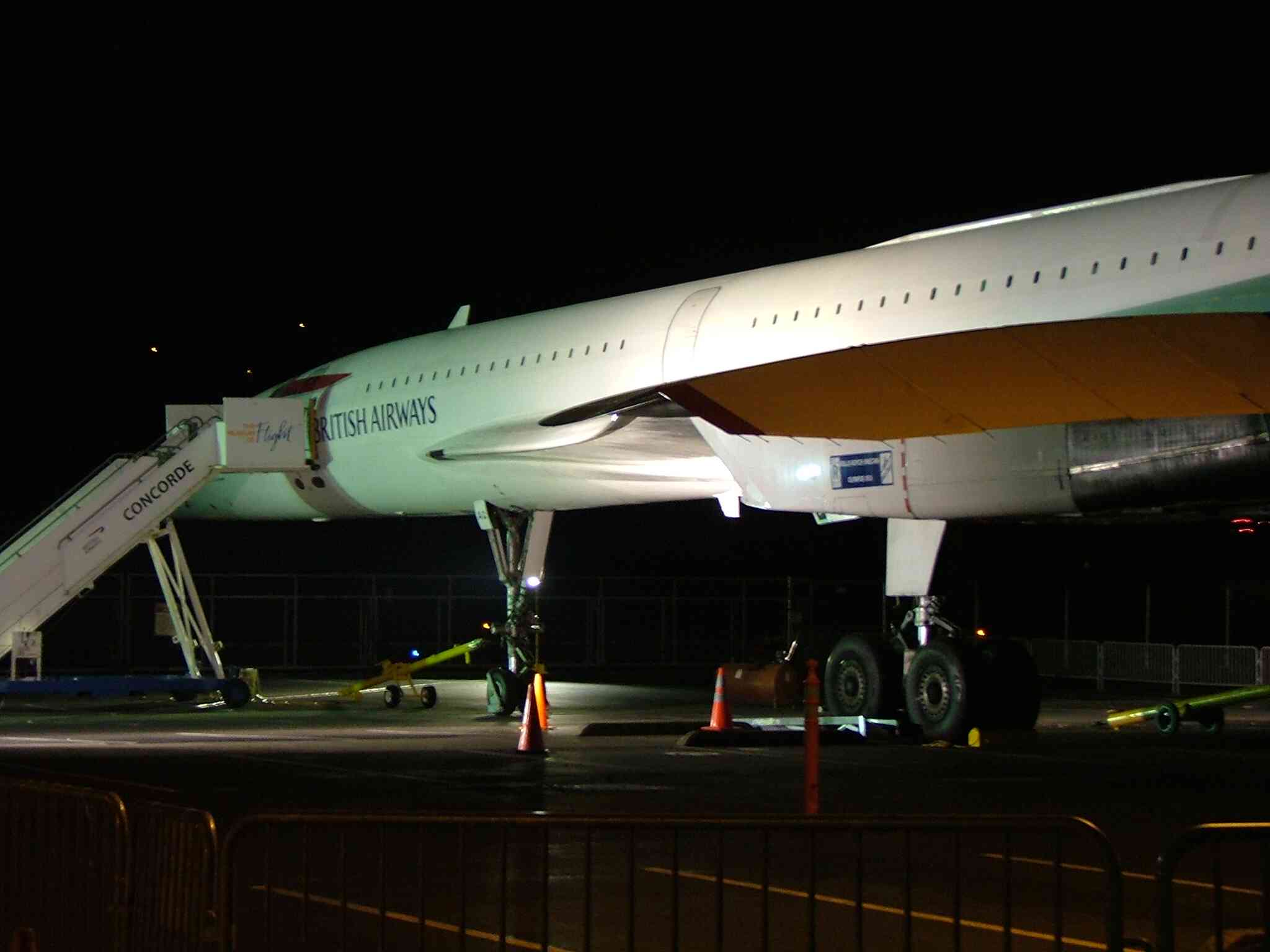 G-BOAG in her new home

Back to Home Page